14 Reasons You Should Add Rhodes Island To Your Travel Destinations 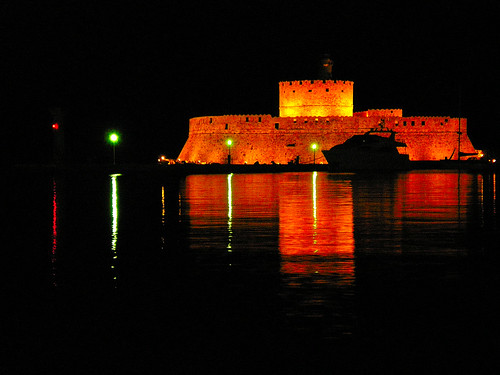 The capital island of the Dodecanese, Rhodes, also known as the Island of the Sun, brims with culture, boasts with nightlife and exudes a sense of relaxation. The island is certainly a real Greek experience to any who steps foot on it. What is so special about Rhodes? The island’s emerald blue aligned with a blend of cosmopolitan and tradition make it unique, luring travellers from all corners of the world like flies. 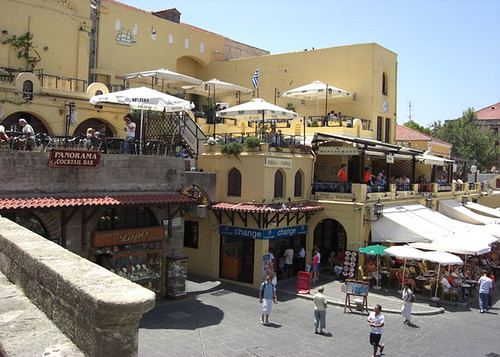 Nowhere else in Greece are so many piles of architectural history found as in the fortified Rhodian Old Town. The streets of the Old Town mirror the classical, medieval, Ottoman, Venetian as well as Byzantine glorifying eras. Taking a volta (walk) through its cobbled labyrinth lanes will certainly enchant even the most discerning travellers who will soon realise why the entire Old Town was listed in the UNESCO World Heritage Site list in 1988. Most of the fun of discovering the quaint town is allowing yourself to get lost through its maze-like lanes and accidently stumbling upon historic treasures! Enjoy!

The Street of the Knights

One of the best preserved Medieval Streets in all of Europe, lie in the hub of Rhodes Old Town. The quaint Street of the Knights exudes an incomparable flair, created by the ancient medieval inns, dominating Venetians buildings and narrow-winding lane, which once was the home of the thrilling knights and their soldiers.

The Streets of the Knights lead you to the ancient Museum Square, where you will find the Archaeological Museum of Rhodes, which in the past was the Hospital of the Knights.

Take a volta (walk) through the ancient grounds and marvel at the boasting quaint-like boutiques, bars and cafes which eventually guide you towards the city’s harbour. This is an experience you will not relive! 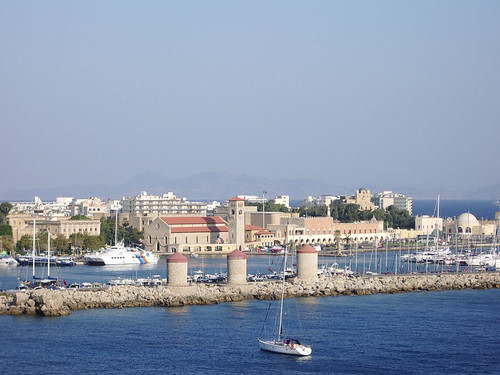 New Town is a hip and trendy little metropolis boasting with seaside bars, hidden bistros, charming cafes and bohemian-like joints. The New Town has nothing to envy from other upscale trendy cities as it has developed into a cosmopolitan hub, attracting the crowds from all four corners of the earth. 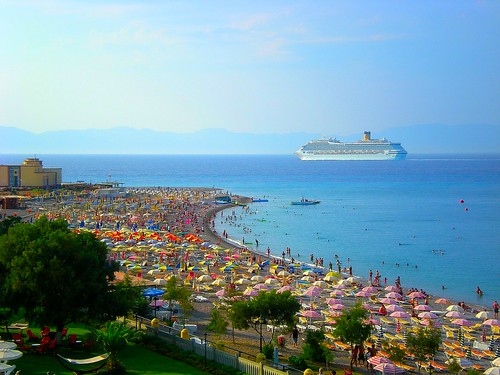 Lindos Acropolis lies in the heart of the ancient village of Lindos. The breathtaking Acropolis is traced back to 1100 BC and was later on rebuilt in the 6th century. The temple was built in dedication to the Greek mythological goddess Athena-the goddess of wisdom. Lindos boasts with history and is a must-visit for sure!

The Palace of the Grand Masters

The Palace stands in the hub of Rhodes Old Town. Many centuries ago the island was ruled by the Knights of Rhodes (1309-1522), who built the Palace, during the 14th century. Unfortunately, in 1856 the Palace was destroyed by an explosion only to be re-erected into a medieval style holiday home by Italian Victor Emmanuel III who never visited it! At present, the palace is home to a museum, which collection showcases the island’s long and rich history. 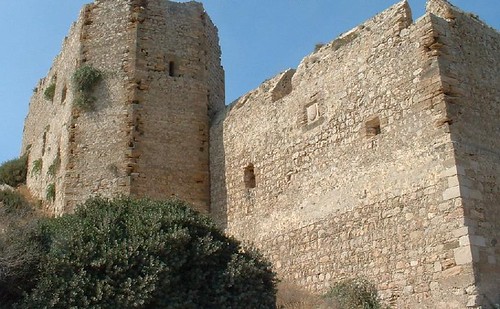 Castle of Kritinia stands on a hilltop overlooking the picturesque Kritinia Village. The castle was constructed by the Knights of Saint John and its architecture projects features of both the Byzantine and Venetian periods. Also known as the National Theatre of Rhodes, stands in the City’s Town Hall Square and is one of the most impressive architectural structures on the island. The theatre was constructed in 1937 using glass bricks emphasising its uniqueness.

The Valley of the Butterflies 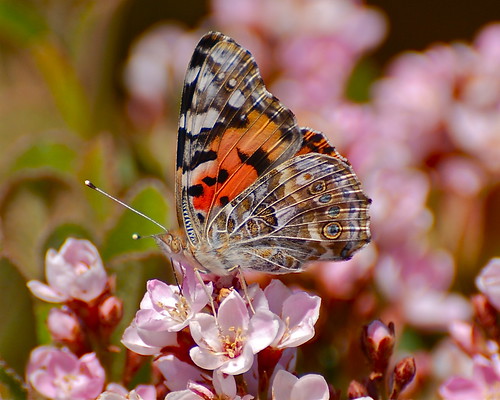 The Valley of the Butterflies is a sight to remember! During the summer months, the valleys swamps with millions of beautiful butterflies which gather to mate. The Jersey Tiger Moths are attracted to the valley because of the vanilla scent the storax trees covering the valley exude. When rested the wings of the butterflies turn dark, providing great camouflage, but suddenly when they fly it is as if the skies illuminate a bright red colour.

Seven Springs is one of the island’s many natural wonders, also known as Rhode’s utopia. The valley is truly a magical area, covered with rich and dense swamped trees. Water runs out of the Seven Springs all year round, which leads to an overflowing lake.

The Monastery of Tsambika 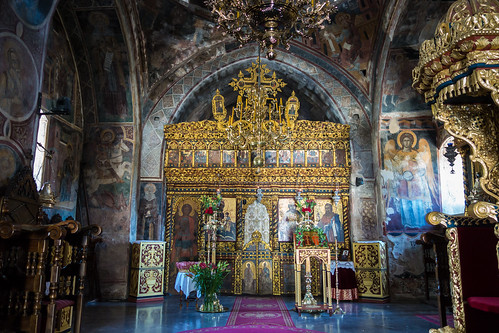 The Monastery is a Byzantine church standing on a hilltop overlooking the emerald sea. It is probably the best spot to take pictures of the breathtaking views of the island before you. The church is dedicated to Our Lady and as legend has it, the church has healing powers granting childless women with babies if they climb the 300 or so steps leading to the church barefoot and pray to the Virgin Mary. You will be shocked at the amount of Tsambikos and Tsambika you will meet on the island.

Mavrikos is a Rhodian Elite Restaurant, was Founded in 1933 and family-run restaurant is a must visit when in Rhodes. The restaurant is famed as being the best in Rhodes and a real culinary experience to say the least. The top-notch chefs create masterpiece dishes blending traditional Greek cuisine with a variety of alterations. 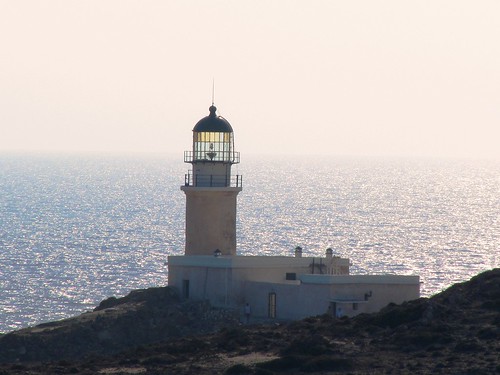 Prassonisi is known as the Windsurfers’ hub as it is the point where the Mediterranean Sea separates from the Aegean Sea, offering all windsurfer enthusiasts the ideal conditions to windsurf. If it’s an experience of a lifetime you are seeking, the ever so blue Prassonisis waves will not disappoint! 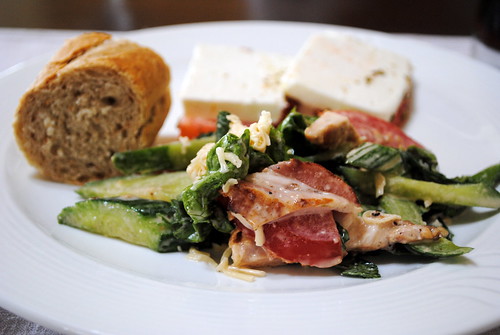 Rhode’s Pitaroudia is one of the top most traditional dishes in Rhodes. Pitaroudia are basically fried croquettes made from different ingredients. It comes in many versions, but the most renowned is pitaroudia made from chick peas. Other delicious options are pitaroudia made with chopped tomatoes, finely chopped onions, mint and flour or with minced meat. Take your pick! Whatever you choose to nibble on-the result is equally delicious!

Seeking an unforgettable Greek holiday? Well, the place you should hop to is Rhodes! I fell in love with the island as soon as I set my foot on it, and so many did before me! The island’s thrilling past, rich cultural heritage, stunning bays and rich scenery are enough to spellbind even the most demanding travellers. Enjoy your Greek holiday.